So that it Pierces & Rings through the Heart:

September 2022 marks the 500th anniversary of the publication of Martin Luther’s translation of the New Testament into German from its original Greek. The significance of this publication can hardly be overstated. Theologically, it marked the beginning of a new emphasis on reading the Bible in the vernacular or the reader’s own language, an idea that was quickly to spread to other regions, cultures and languages. At the same time, it reflected a central idea of Renaissance Humanism—Ad Fontes!—or “[back] to the sources,” for while Luther’s September Testament may not have been the first Bible in German, it was the first translation based on its original language rather than the Latin Vulgate Bible, which was itself a translation dating back to the 4th century, but which had become the normative version of Scripture in Western Christendom. Culturally and linguistically, the September Testament marks a watershed for the German language, since Luther’s translation could be read in both Northern and Southern regions of German-speaking Europe and his forceful style ensured that his Thuringian-Saxon dialect would provide the standard for High German in years to come. This exhibition celebrates the quincentenary of this significant publication. It highlights the context in which it was produced and the effect it had on the reading of Scripture during and after the Reformation. Other hallmark publications that mark the first of their kind or that had a substantial impact are also included.

Virtual Tour of the Exhibition 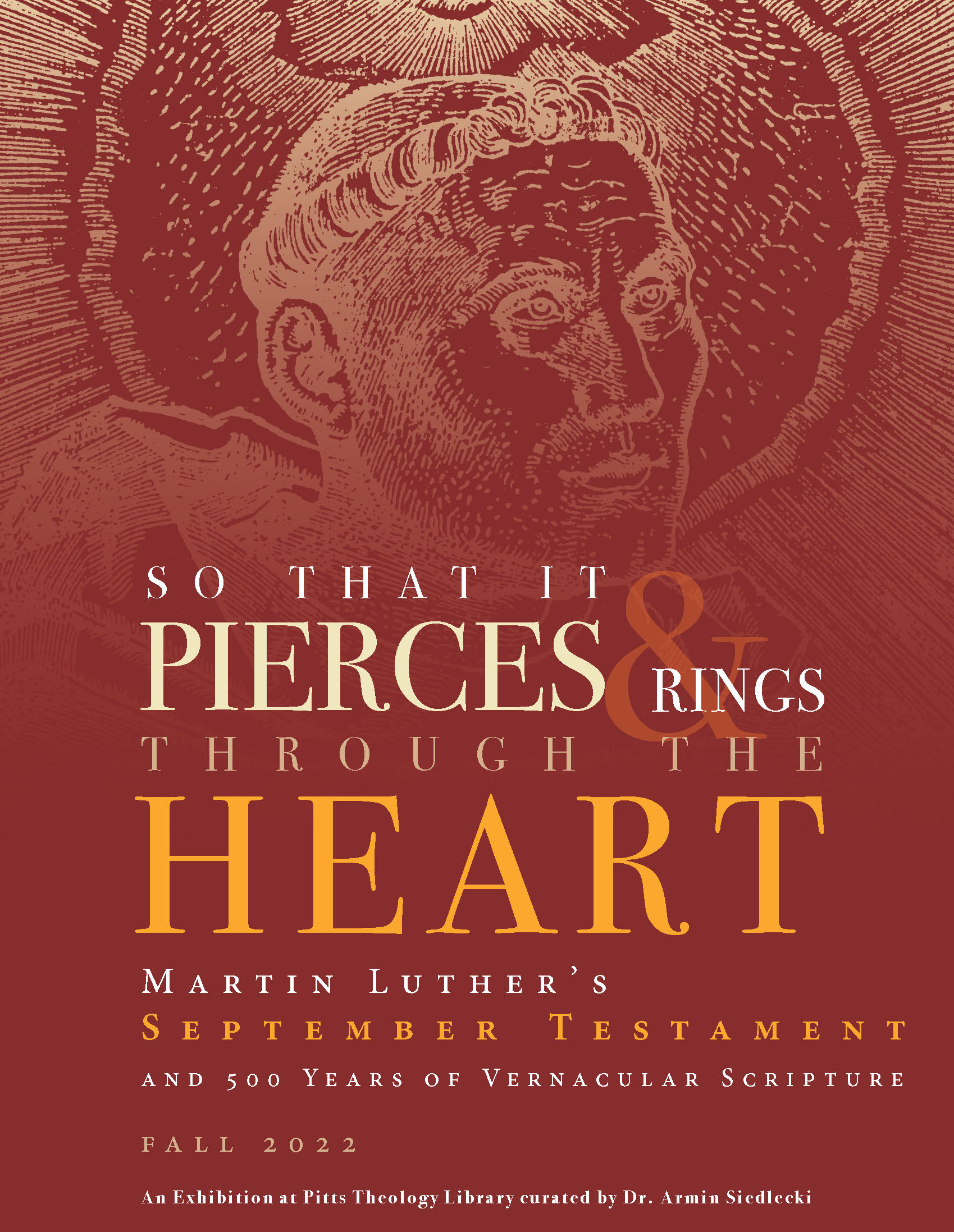